Here is another edition of Anna Burda magazine that contains a full course in Macramé Crochet (Romanian Point Lace). This is from the March 2007 issue.  I obtained this copy from eBay (Germany): http://www.ebay.de/

Other sources of back issues of Anna Burda magazine are eBay (in addition to Germany, try U.S., UK, Australia, France, Canada, Netherlands), Amazon (try multiple countries), ArtFire, eBid, Etsy, used book dealers, and websites selling old craft magazines such as this one: Kloeppelbuch.  A search on Google sometimes unearths surprising sources!  Don’t be afraid to use Google Translate and search in other languages. You can also do a “search by image” on Google, which I have found to be quite successful.  Here are the instructions.

One caution, be sure the listing specifically says the magazine includes the original patten pages, which are usually stapled into the center of the magazine.  If it’s not clear, contact the seller and ask.  So far every seller I’ve had contact with has been friendly and willing to help me out with details of the magazine, if the patterns are present, shipping to the U.S. even when they say they only ship within their own country, selling me just one issue out of a set for sale, etc.

Shipping from other countries can sometimes take a few weeks, but so far I’ve received every order I’ve ever placed.  That’s been at least 20 different orders to date. I’ve received shipments from Canada, Austria, Germany, the UK, Australia, Ukraine, France, Holland, and the U.S.  If you are in search of back issues, I wish you happy hunting!  In the mean time, here is some eye candy from the March 2007 issue for inspiration. Enjoy! 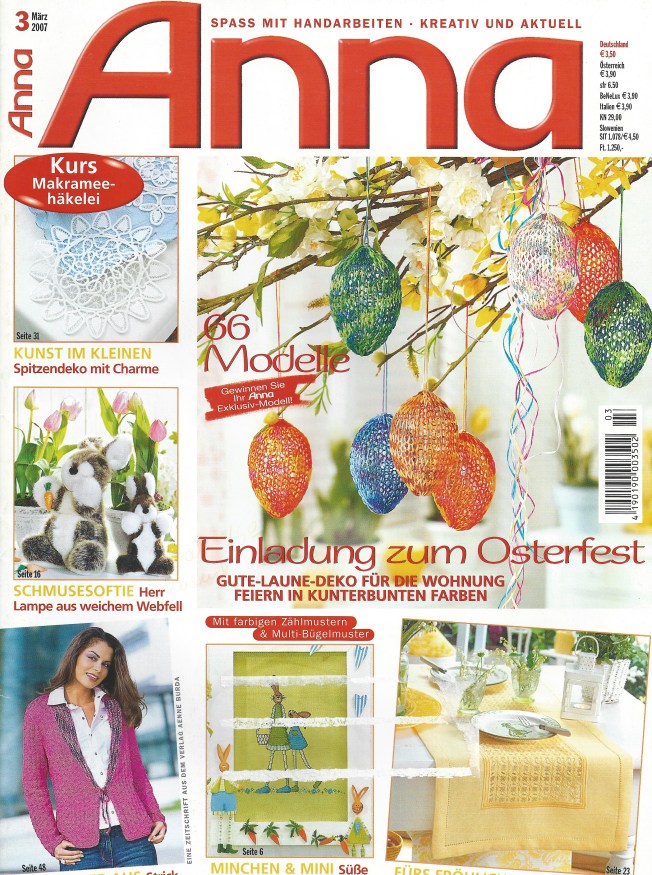 A step-by-step tutorial with the pattern for the mat pictured above can be found at this link: Teddys Handarbeiten 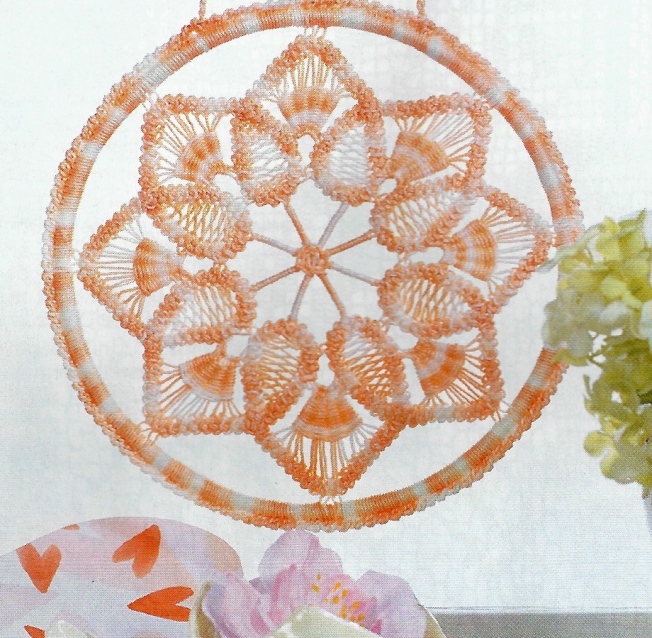 This pattern is the same as the center of one of the previous white mats, just on a larger scale.

The clover leaf motif in this piece is also used in one of the white mats. It is stitched to linen fabric.

Some of the elements in this tablecloth are found in the previous blue & white mat. This piece is a combination of Romanian Point Lace and linen fabric.

Close ups of a sample of the stitches demonstrated in this issue:

Demo of connecting the cords, which helps hold the finished piece together 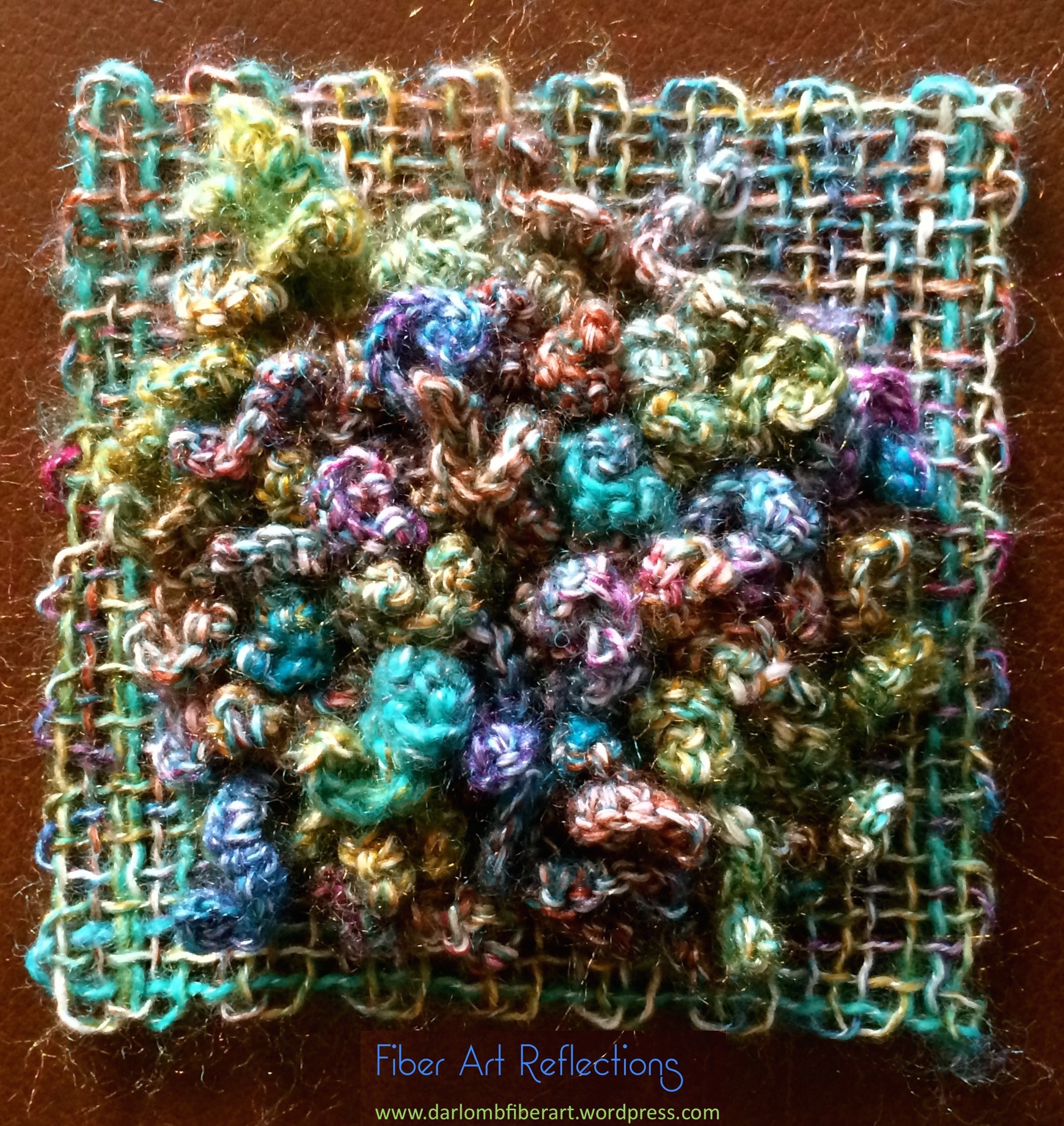